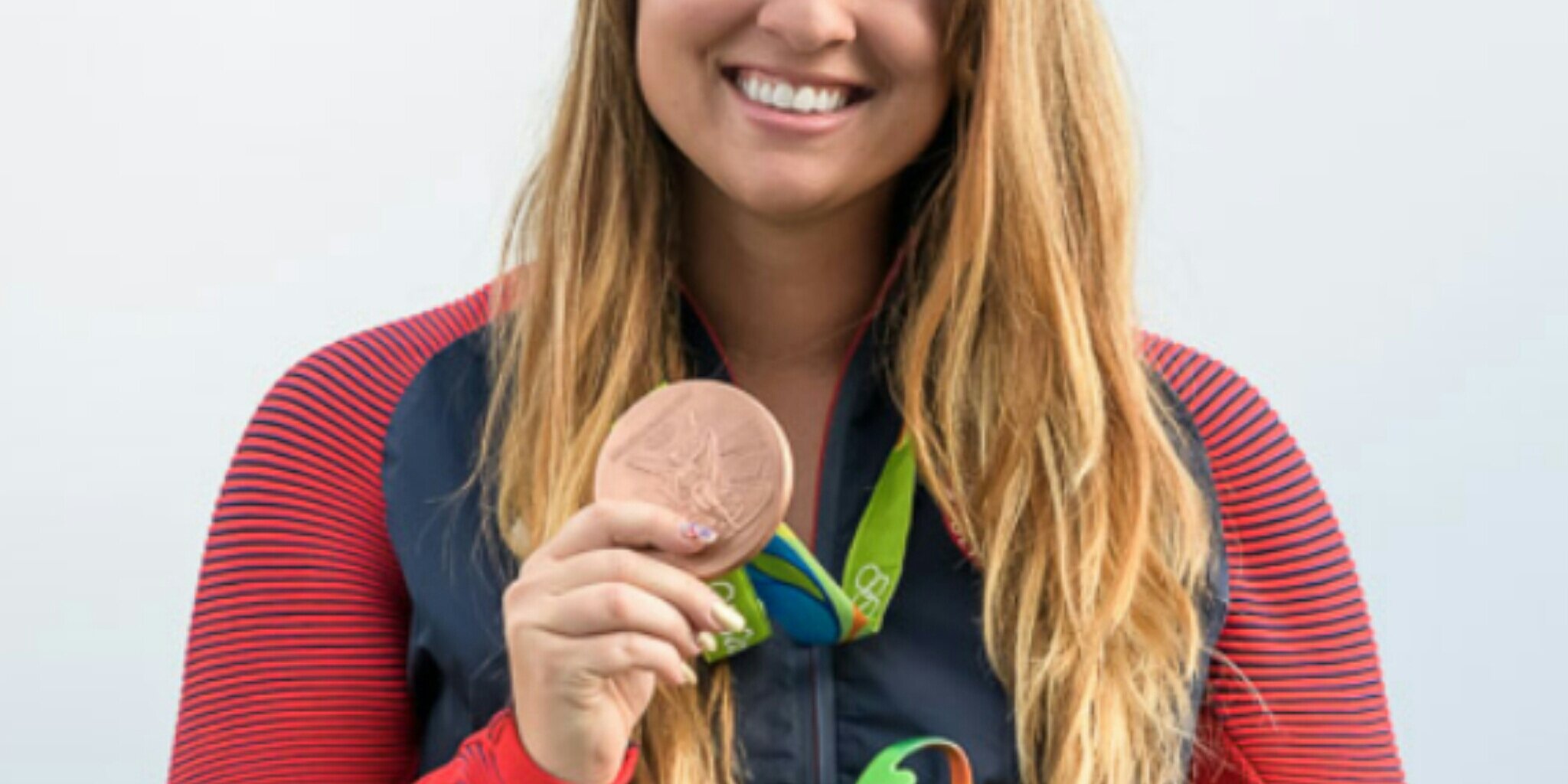 Shaklee Pure Performance Team member Corey Cogdell is building a Hall-of-Fame career in Women’s Trapshooting with accomplishments that include three trips to the Games (2008, 2012, 2016), and winning bronze medals in Beijing and Rio.

Both the work and the dream are evident in everything Corey does. Her reputation for hard work springs from the tens of thousands of clay targets she’s shot in all parts of the country in all climes and circumstances. For instance, just a few days after Rio’s closing ceremony, she was in a car driving 3.5 hours from Chicago—where her husband, Mitch Unrein, is playing defensive lineman with the Chicago Bears —to the nearest shooting range in Michigan. “The World Cup Finals are coming up in a few weeks,” said Corey, “and I want to be ready.”

During that drive, Corey shared her experiences in Rio.

Q: How did this trip to Rio compare to your two previous experiences at the Games?

A: Going into Beijing in 2008, I had only been competing in Trapshooting for about two years, so I was mostly running on raw talent. But in the past eight years I’ve worked hard on my shooting techniques, mental and physical training, and I’ve become a much more mature competitor in so many aspects. I was one of the dominant trap shooters in the past year-and-a-half, which provided a lot more confidence going into Rio. I achieved a number one world ranking, so I felt I could compete with anyone at any time.

Q: In the sudden death shoot-off in the bronze medal match you were lining up to shoot the same target—a left angling clay target from post #2—you shot to win the bronze in 2008.  What were your thoughts at that moment?

A:  I’ve let myself get rushed in those situations before, so my first thought was to slow it down, take my time, and really be ready to call for the target. It was obviously the most important shot of the day so I took a deep breath, mentally ran through my pre-shot routine, focused on the few keys that help me as the target flies out so I could really see it clearly. The shot I took in 2008 to win the bronze wasn’t exactly right, but this one was perfect.

Q: Can you describe that moment?

A:  It was just a rush of many emotions! It was a roller-coaster of a day—I was in the thick of medal contention, then out of it, then in it again, and the journey of the previous 18 months was anything but smooth. So when I won the shoot-off I just instantly started crying because that’s the first point I allowed myself to feel those emotions. Up to that point I needed to stay focused enough to perform when it mattered most.  And then I felt, ‘it’s all worth it!’

Q: You’re building a Hall-of-Fame career.  What makes you tick?

A:  Adversity. Some people thrive on it, and I’ve had to learn how to manage and grow from it. My goals are high and my attitude is positive, but I have to work hard for everything. So when I face difficult times and adversity, I realize those are opportunities for me to become stronger. We all have challenging days and it’s hard to train, and everything isn’t working out right. Those are the days you push through and come out stronger on the other side . . . now that’s just part of my process. And I love that feeling.

Q: You’ve often talked about your focus on health.  What was your health strategy heading into Rio?

A:  I was really focused on proper nutrition heading into Rio. I know I needed to maintain a strong body, so I focused on my immune system since my travel schedule exposes me to all sorts of unfamiliar elements and foods. I really used a lot of the immunity support that Shaklee offers including Defend and Resist Complex. I prevent any iron deficiency with Shaklee Iron Plus C Complex. I stay strong with cardio workouts and circuit training, some weight training, and I start my morning routine with Shaklee Life Energizing Shakes. They taste good, are easy to make, and really get me going.

Q: Any thoughts for those of us who are overcoming challenges or aspiring to big goals?

A:  I love shooting and competing, not in spite of the challenges, but because of them. We all face struggles, but if you really love something you’ll realize those endeavors are worth more to you if push through adversity and challenge yourself to overcome and succeed. But even if you just improve, or even just endure, you’ve held back defeat another day, and that alone is success indeed. You can do it!

A special thank you to Corey Cogdell, Bronze Medal winner in the 2016 Summer Games and Member of the Shaklee Pure Performance Team.