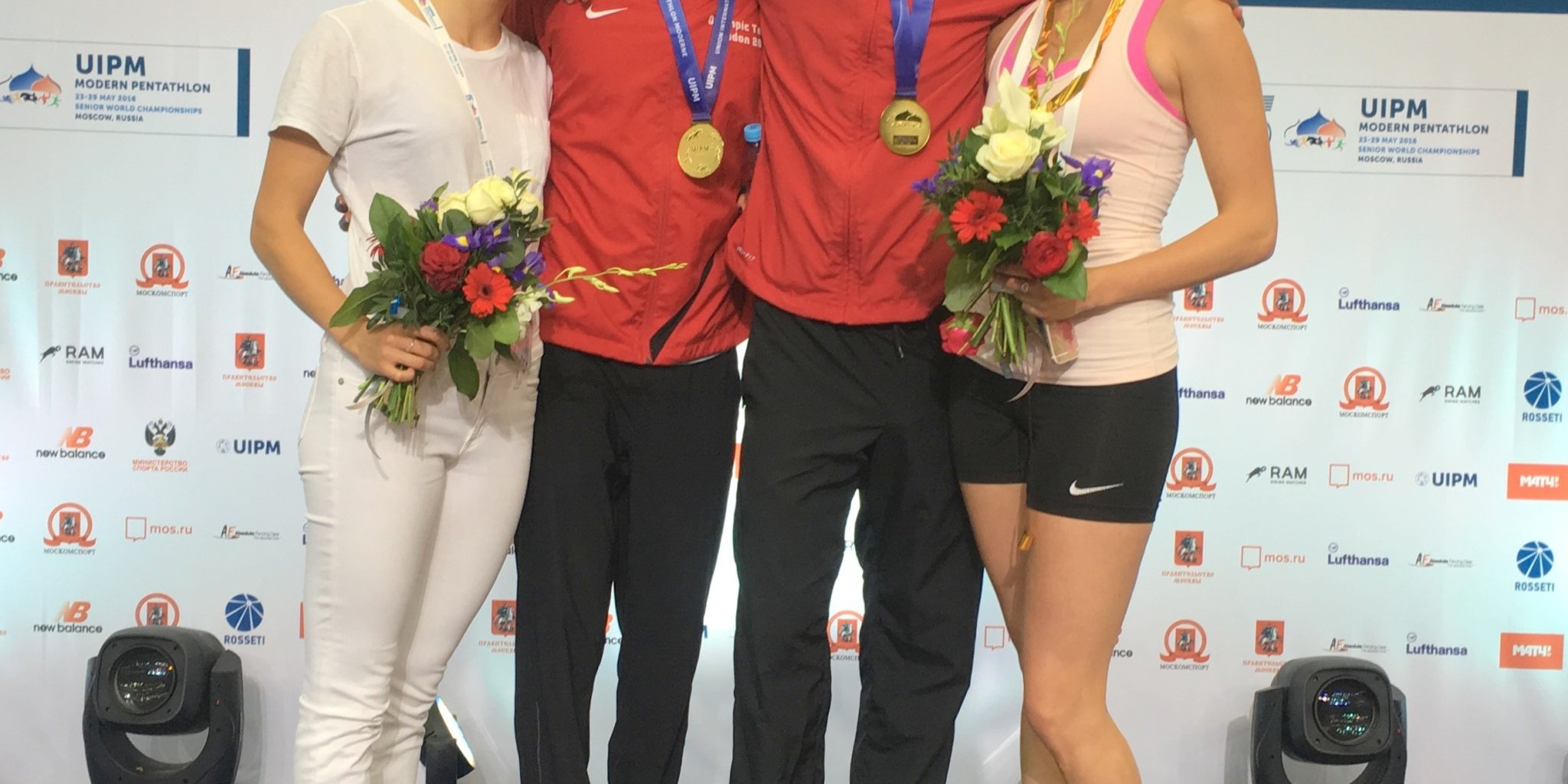 If there were a way to determine the world’s fittest family, the siblings from the Elgeziry and Isaksen families would clearly be in the running. First, they are all world-class athletes in an incredibly demanding sport, the Modern Pentathlon; second, they are all related by marriage, so they definitely qualify as one family.  And they are all Shaklee Pure Performance Team members.

And who are they? The sisters are Margaux Isaksen and her younger sister, Isabella.  The brothers are Amro Elgeziry and his younger brother Omar.   The family tie?  Isabella is married to Amro, whom she met while on the competition circuit in 2012.  Since Modern Pentathlon is a smaller sport than any of the five sports of which it consists (Fencing, Swimming, Equestrian, Running, and Shooting), the community of athletes becomes acquainted quickly.  For instance, Amro first met Margaux in 2006 while competing, and so all four siblings also became friends—great friends.

“In the world of sport,” said Margaux, “we often talk about how we are all brothers and sisters. But in our situation, that is literally the case.  And we love it – we’re very close and we definitely believe that we have more in common than just our sport.”

Margaux and Amro have competed in three Games (Beijing 2008, London 2012, and Rio 2016), where she represented the USA and he represented Egypt. But Isabella and Omar were “first-timers” with their trip to Rio de Janeiro in 2016.  The question each of them constantly receives is, “Was it special to be together?”

Though the answer may seem obvious, words cannot completely describe the impact of all four family members competing in the Games together, according to Isabella. “Imagine the feeling of simply making the Olympic Team,” she said.  “Now compound that feeling with making the Team with the people you love most.  Now add the realization that you know you won’t have just one, nor even two, but three competitors pulling for you every step of the way.  It’s amazing, it’s special, it’s unique, and it’s a huge comfort.”

Consider also Amro’s perspective: “I’ve been watching my brother train and compete for this opportunity for 16 years, so to see him make the team was very gratifying. And I also know how hard ‘Izzy’ works since I train with her; she pushes hard every day and is incredibly tough.  So it’s not just that we all made the Team, it’s also that we all had an incredible journey.”

Margaux’s journey was complicated when she broke her leg just a few weeks prior to the games. Undaunted, she underwent surgery that placed multiple screws in her leg and she continued to train in the events where she could keep weight off her leg. “The first time I ran after surgery was in Rio,” explained Margaux, “so I knew I wouldn’t be able to compete like ‘regular ol’ Margaux.’  But the Games were even more meaningful to me for a couple of reasons: first, I could actually appreciate the entire experience for the blessing and privilege it was to represent my country, my friends, and my family; and second, I could focus even more on supporting Isabella, Amro, and Omar as they competed.  The Games became more than just a competition; it became a family sharing event where we could pick each other up.”

As one might imagine, the family ties were poignantly visible when the sisters crossed the finish line within a few seconds of each other, and then the next day the brothers did the same. The hugs, the glances, the reassuring pats and praise, all part of the special sibling support.  But the most emotional moment may have been weeks before, when all four family members competed at the World Championships in Moscow in May and qualified for their respective Teams.  “We realized at that moment something exceptional was about to happen,” said Omar.  “We just stood there and hugged and cried.”

As they walked off the podium there, Isabella who is known as the “klutz” of the family for her inopportune stumbles, faltered and nearly collapsed as she walked off the stage. No problem—she had three loved ones there to do what they always do: Pick each other up.