Get to know your Shaklee Pure Performance Team with Eli Bremer 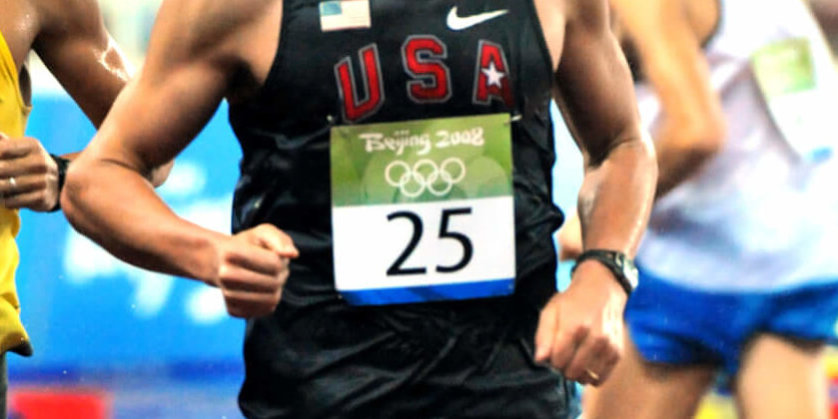 When I helped Shaklee establish the Shaklee Pure Performance Team in 2011, we had a clear vision of a program in which the athletes are truly enthused about the products because of their purity and potency. Now we’re nearly 100 strong, with 144 medals, amazing athletic feats, and indeed, heartfelt product testimonials from the world’s greatest athletes. It’s an honor to serve as the Team Captain!

What I didn’t anticipate were the rich personal connections and friendships that have formed between the athletes and the Shaklee Family. These are indeed the world’s greatest athletes but also the most interesting, engaging, sometimes quirky, but certainly impressive individuals I know. Here’s a snippet of my recent interaction with some of them.

ELI: First, a question: OK, you won a gold medal at the Games…What did you do with it?

Emily Pfalzer (Hockey, 2018): It means a lot to me when I can share my gold medal with people. Whether it’s someone who helped me get to where I am, a little kid who wants one of their own, or anyone who wants to see it, it’s always special to see their reaction when they first hold it. Also, people can’t believe how heavy it is and that I carry it around in a sock!

Matt Emmons (Shooting, 2004, 2008, 2012, 2016): Well, all my Games medals share the same fate—wrapped inside ski gloves, which sit in a drawer in the house. Shortly after winning one of the medals, a cat knocked it off a table, dinging the side where it fell on the tile floor…

Amanda Polk (Rowing, 2016): Even though I received a very nice wooden case for my medal while in Rio, I carried it around in one of my college socks in my backpack going to and from tourist sites and events. People could not believe I was carrying it in that way, but I always wanted it with me and I needed it to be protected and light. Now, I use the wooden case in my house. Nothing too fancy, but I enjoy being near it.

Amanda Elmore (Rowing, 2016): Currently, my medal resides in a safe place in my home. I occasionally take it out to show guests or just to remind myself it’s real. It has traveled with me to many different events and it’s fun to show it off in airport security or to surprised Uber drivers. Sharing it is the best part of having it!

ELI: Social media is the norm for this generation of athletes. I asked a few, “How does it feel to know you have more followers than the population of many cities in your state?”

Lily Zhang (Table Tennis, 2012, 2016): I think that it’s super cool to have a social media following that is bigger than many cities in America! It’s always such a great and warm feeling to know that so many people out there are supporting me. It also gives me a small platform to share my thoughts and experiences, and to try to make a positive impact on the world.

Allison Baver (Short Track Speed Skating, 2006, 2010, 2014): That’s really making me laugh and is also inspiring. I never thought of it like that. The city in my mind is very green and healthy and only uses Shaklee!

Adeline Gray (Wrestling, 2016): I feel like my world gets bigger and smaller at the same time. I’ll find people in Mongolia who saw my pictures as well as the person sitting one row up from me. To have two different people at the same time comment, ask a question, or Like something I post seems to make me feel we are all really similar.

ELI: What’s your favorite Shaklee product, and why?

Dani Cameranesi (Hockey, 2018): The Performance® shakes! My favorite is the banana-flavored Shaklee Performance Physique® + Bio-Build® shake. Prior to using this product, I had a tough time finding protein powder that both tasted delicious and served its intended purpose. I won’t go back to anything else! I also regularly use the Shaklee Performance Electrolyte drinks prior to and during my workouts.

Donna Vakalis (Modern Pentathlon, 2012, 2016): My favorite Shaklee product? That’s a hard one since I use several daily. I’m going with the Shaklee 180® Green Matcha Energizing Tea. The tea sticks are so convenient. I use them while I’m studying or need to do other focused work, or whenever I need a pick-me-up. Delicious.

Kelley Hurley (Fencing, 2008, 2012, 2016): It’s difficult to pick just one Shaklee product that’s my favorite, especially from the YOUTH® line, but I think the Restoring Eye Treatment is my favorite. It’s small, which is important for me since I travel a lot. And, it can be applied easily—in minutes you look more rested and youthful!

ELI: Can you share a funny, unexpected, or embarrassing story?

Kelli Stack (Hockey, 2010, 2014): I am a huge dog lover. When I played for the Connecticut Whale of the National Women’s Hockey League, we had one themed game that was “Dog Appreciation Day.” We encouraged everyone to bring their dogs—we even had a few shelter dogs on hand that were available for adoption. We had more fans than usual that game. It was pretty funny to be skating and look up in the stands and see dogs everywhere. Safe to say that was the first time I’ve ever had my two dogs watch me play a hockey game!

Maggie Hogan (Canoe/Kayak, 2016): My parents came to watch me at a regatta in Oakland, California. It was one of my first races as a kayaker and they weren’t familiar with the race format. All my parents knew was that I was racing in a yellow boat. About 30 minutes before my race, I found my mom cheering for me on the dock—I tapped her on the shoulder to explain that that guy also had a yellow boat, but she was cheering for the Men’s 1,000-meter race. She’s now a pro at race schedules.

Brianne McLaughlin (Hockey, 2010, 2014): We were playing against Finland in the World Championships held here in the US, so the place was packed and loud and had American flags waving everywhere. It was the coolest atmosphere I’ve ever played in. I had new skates and wanted to wear them so badly, but I hadn’t tested them out yet and everyone said it was a bad idea. I wore them anyway and was so excited to skate out onto the ice! I got a big running start and took one step, face-planted, and slid all the way across the blue line to the other side in front of a sold-out arena. When I got up, I was face-to-face with my dad and brother who were laughing so hard their faces were purple.

Of course, this is just a glimpse at a few of our Team members, who are constantly working to improve and make the Shaklee community proud.