Jason Pryor: The mind is the strongest muscle 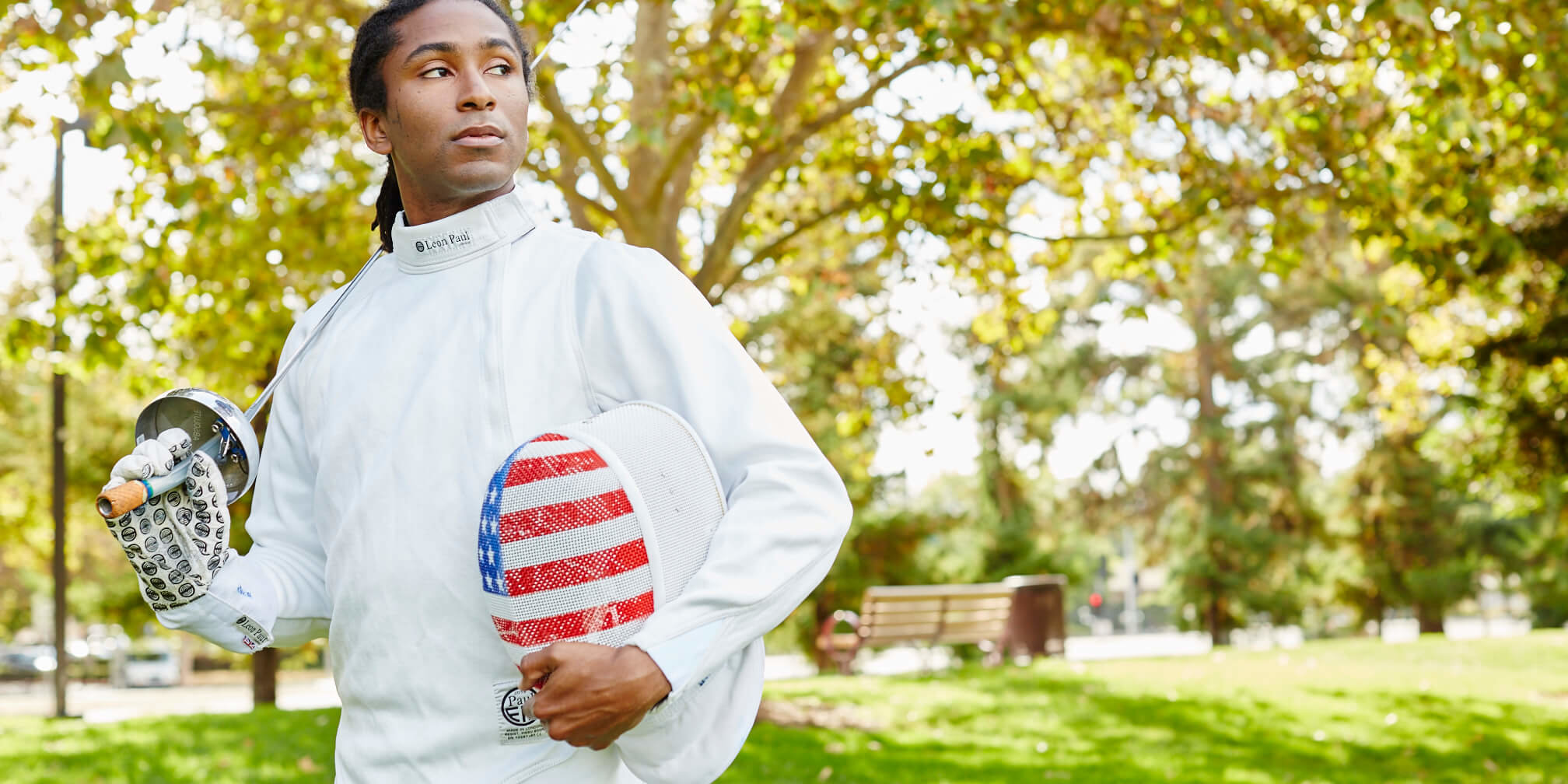 Jason Pryor sits in deep thought. Eyes closed, he inhales sharply and then reveals a trace of a smile.

Outwardly he is still as night, but inwardly he is engaged in an astonishingly swift explosion of energy, effort, and exhilaration as he parries, darts, and charges through fencing motions nearly too quick to comprehend. Then the tip of his èpèe blade strikes the center of his target as if drawn there by an unstoppable force.

This Shaklee Pure Performance Team athlete and member of the US Fencing Team, in Rio in 2016, is working through his daily meditation and visualization exercises as he prepares for another arduous but thrilling day on the fencing mat. “The mind is a muscle,” explained Jason, “and we can work and stretch it to become stronger, just like any other muscle. No doubt it’s difficult, but immensely rewarding.”

Jason’s journey as a fencer included long stretches at the bottom of the list of competitors. “Many times as a kid, I wanted to make the Junior Team but was often just one place shy of qualifying,” said Jason. “I showed some promise talent-wise, but I showed a whole lot of desire and just kept working at it. I simply wanted to get better.” Jason eventually found the key to his success: a positive mindset.

“I absolutely believe that mental strength is as important as physical strength, especially at high-level competitions, so I started working with a sport psychologist,” said Jason. “Sport psych is not a weakness, just as working with a personal physical trainer is not a weakness—and we started to build a mindset that was focused on my actual performance, and not just on the outcome. For me, ‘fun’ was the motivational trigger, and not the rankings or even winning or losing. When I prioritized enjoying the activity and the process, I was unbeatable.”

Indeed, Jason overcame nearly insurmountable obstacles to make the 2016 Team. Unfortunately, his èpèe fencing team lost some critical matches during the qualifying stages for Rio. Thus, to reach his dream of competing for his country on the world’s biggest stage in Rio, Jason would have to qualify as an individual.

He did it. In the key qualifying tournament for individuals, Jason sliced through the competition, going undefeated and even conquering the top-ranked fencer in the competition. The ensuing number one ranking earned him a trip to Rio. Jason remains one of the top fencers in the United States, and he has a full schedule of competitions around the country and the world to prepare for the Games in Tokyo in 2020.

Of course, Jason’s preparation also includes intense physical training, typically 4–6 hours a day fencing, lifting, core training, and skills training, in addition to his mental preparations. Diet is critical as well: “I focus a lot on balancing proper nutrients and energy. Because I’m a full-time athlete,” explained Jason, “I need to get everything out of every day. I eat a well-balanced breakfast, don’t eat sugar or drink pop, no desserts, no processed junk, and I eat a lot of veggies, fish, chicken, and turkey. I cook all my meals so I can make better decisions about nutrition.”

Jason also realizes the importance of proper supplementation. “Every day I use the Shaklee Performance® Endurance Electrolyte Drink and Physique® + Bio-Build®. Hydration is enormously important, and proper recovery is outrageously important,” said Jason. “You need the proper balance between carbs and protein, and if you don’t get that, then the lifting [workout] didn’t matter. So the second I’m finished, I slug down that Physique to recover properly. Those two products—they are my loves!”

Jason’s advice for developing a positive mindset? “Whatever you want to do, remember that the most important steps are not in the physical dimension, but rather your personal motivation. It’s you. The mind can push the body, so make the conscious choices to push to your goals every day. You can achieve them. If you want to achieve your goals more than you want to breathe, that’s when you’ll start to move. Burn negative thoughts out of your mind and get ready for the journey.”

In Rio, with a cheering section that included his super proud parents, Jason stepped out onto the mat. Eleven minutes later and Jason fell one point shy of defeating the eventual bronze medalist. But he was not deterred—he’s even more motivated to continue his charge to Tokyo. “There’s no doubt about that,” exclaimed Jason. “After all, I’ll be at my competitive peak and, of course, ready to have a lot of fun!”