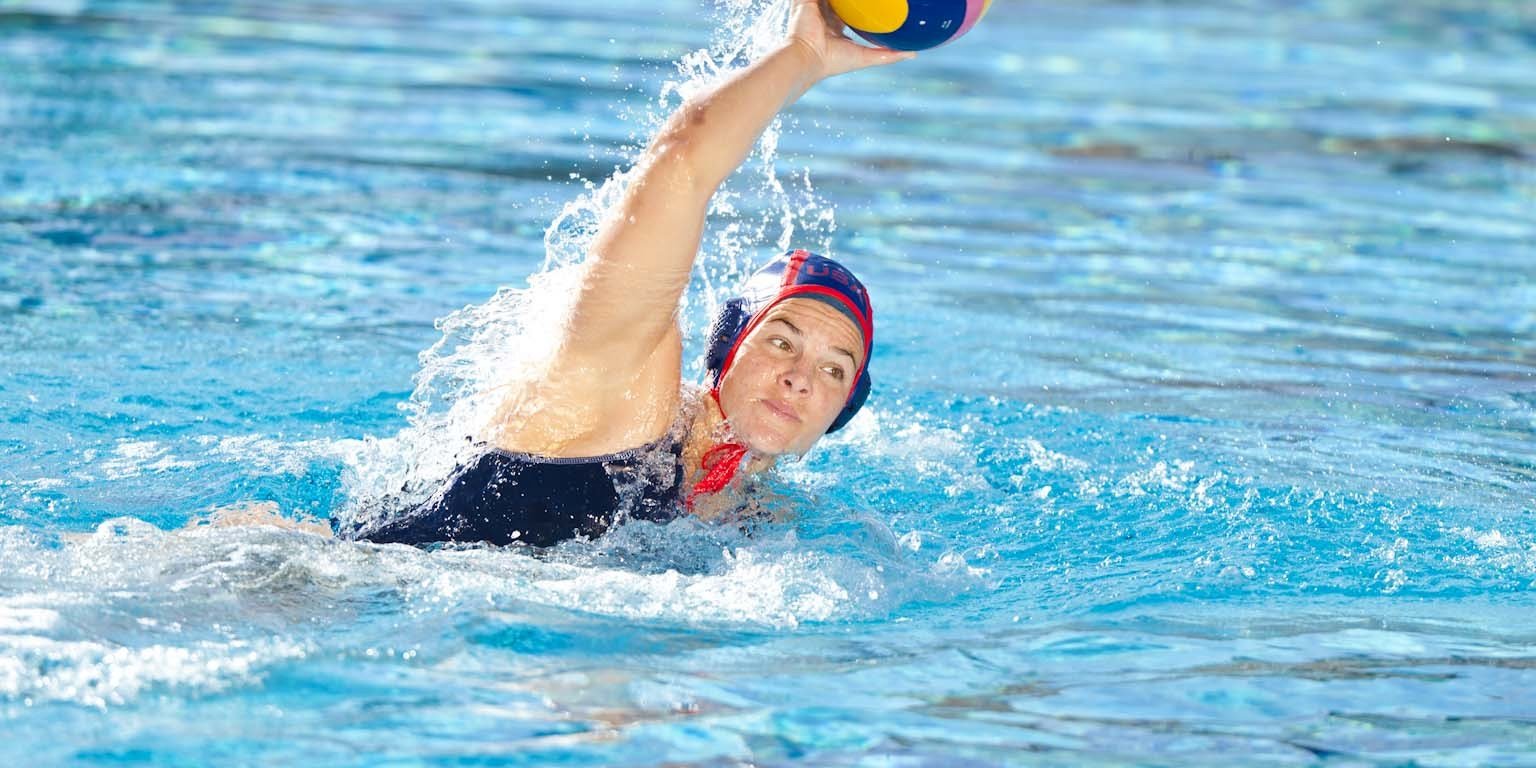 “We made it look easy and our 12-5 victory over Italy in the Gold medal match was the largest margin ever in a final game. But that dominant performance was because we worked harder and longer than any other team in the world.”

Kami Craig’s efforts before and during the Women’s Water Polo tournament in Rio earned her and her teammates a gold medal, her third Games medal after a gold in London in 2012 and a silver in Beijing in 2008, making her one of the most accomplished players in the history of US Women’s Water Polo. Kami is joined on the Women’s Water polo team by Shaklee athletes KK Clark, Kaleigh Gilchrist, Courtney Mathewson, and Melissa Seidemann.

Kami is no stranger to hard work, and certainly no stranger to the resulting success. She had a dream of winning a gold medal in the Games since age five, and in the ensuing 24 years she’s notched dozens of victories in high school, college—where she was twice named the outstanding collegiate player while at USC—pro teams in international leagues, and on the US National Team.  It’s no exaggeration to say that she has her head far above water in this incredibly demanding sport.

In addition to hard work, Kami credits her unrivaled success to many factors, including tremendous coaching, unflagging support from friends and family, competition at the highest levels of the sport, and a life-long dream to be the best. She also describes four concepts she deemed critical for success not only in water polo, but virtually any other endeavor:

LOVE: “One of my biggest motivators is the pure love of the sport. I never felt like I learned it all or was perfect in my game.  I absolutely loved the endless journey of improvement.  There’s no better feeling than to train hard, play great games, make those good passes, successful field blocks, make the shots and the assists; those small moments that just last a few seconds—those give you full body goose bumps that make you want more.  It’s a sort of euphoria.”

HEALTH AND FITNESS: “As an elite athlete my body is my number one priority. I make sure whatever I consume will help me compete at my best. It gives me tremendous comfort to know Shaklee prides itself on producing clean and natural products which make it safe and easy for athletes like me to perform at their best.  I feel confident saying both myself and the other Shaklee Pure Performance Team members share the same values in health and fitness. We all know that fitness is critical, and if we’re not fit, then it’s not fun. We trained all the way through the gold medal match, sometimes six-and-a-half hours a day.  That fitness led to the fun.”

TEAMWORK: “The biggest element that makes it all fun for me is my teammates. It takes a sense of responsibility and accountability to be on a team.  As soon as I signed up for another four years after 2012, it was about the team, not about me. I want my teammates to trust me to take care of my responsibility in the water.  I would never want to let them down, so I take my role very seriously.  I want them to know that I’m 200 percent there to help them.  I couldn’t imagine being the reason that they couldn’t reach their dreams.  Every detail of my work on the team is with them in mind. It’s incredibly special, the way we play unselfishly—just outstanding.  It’s amazing to be a part of great team, where we’re strong all around. I’m really proud to be a part of that.  It’s a beautiful team of tremendous young ladies!”

DEMANDING EXCELLENCE: “Whether we win or lose, we’re always asking, ‘Are we reaching our standards?’ It’s interesting: We’re often winning by four points, eight points, yet even with those large margins we sometimes have long faces.  That’s because we strive for perfection.  It’s almost a consuming desire to win, but it has made us dominant.  It goes to show that this team is special.  It’s the best water polo team I’ve ever seen for women.”

What does the future hold for Kami? “I’ll be playing for the New York Athletic Club, and then possibly turn my focus to a career outside of water polo,” she said. “Hanging up my cap is a strange thought; it’s been a part of me for so long.  But I had a blast, an amazing career, shared my knowledge with wonderful teammates, and took on all the good of those things.  And all that,” she whispered, “is the real and rich dream of a five-year-old!”