Kelley and Courtney Hurley: Doubling up on Sports Nutrition 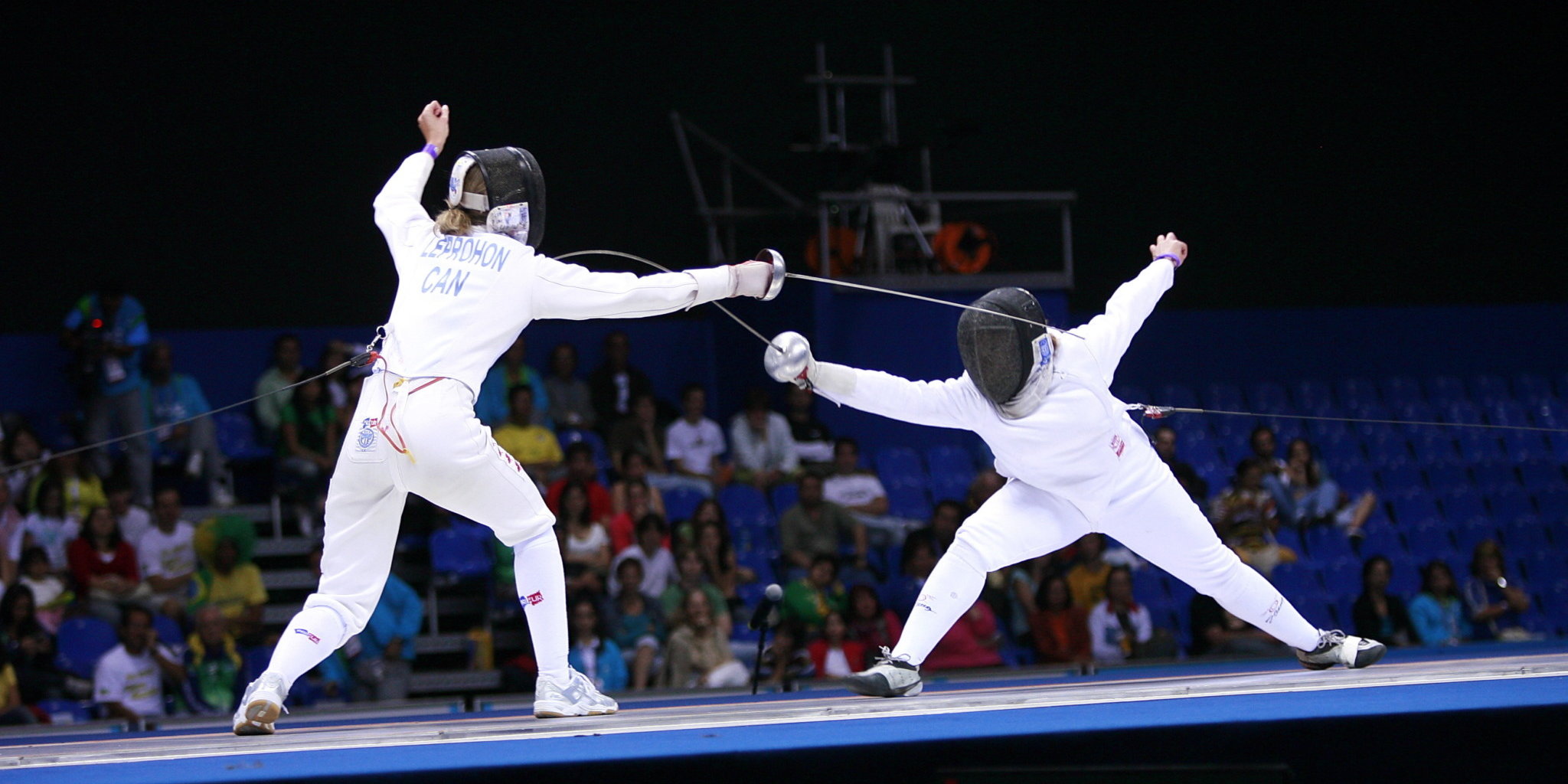 HURLEY vs. HURLEY: Sisters Kelley and Courtney Hurley have lunged at each other nearly a million times with sharp implements aimed directly at each other’s hearts.

That’s because these two Shaklee Pure Performance Team members are world-class Fencers, bronze medalists for the U.S., and fierce competitors who make each other better. “The family component is the reason we’re good” said Kelley, “and the reason we keep going.”

What makes them great? Certainly the family support, but also smart training and healthy habits help them excel in a sport where one slight feint, one fraction of a second, one lightning trust, parry, or flash decision is the difference between victory or defeat.

“It all counts,” said Courtney, “and we try to cover every area as we train and prepare. From food to workouts to recovery to fencing matches, we try to do them right and do them consistently.”

The workouts alone would make the fittest athletes tremble: First, 2–3 hours of drills, footwork, and fencing-related activities in the morning, followed by a “refueling” session, or what we call lunch. Then an afternoon workout session of free weights, elliptical, treadmill, pool—another 2.5 hours—followed by a snack and some recovery. Then a third workout session consisting of pure fencing…and many more lunges at the same target they’ve been chasing for nearly 20 years.

“Of course, the workouts and training are critical,” said Kelley, “but we can’t say enough about living a healthy lifestyle. You can train all you want, but if you’re not taking care of your body, recovering adequately, and working on all other health habits, then you’re losing lots of potential gain.” She continued: “It’s important to listen to your body so that you don’t hurt yourself or push into danger. And sleep is incredibly important.” Kelley also believes that “every little thing counts so much.”

Of all the areas of focus, is there one that might be most important? “We try to eat very, very healthy,” said Kelley. “That’s probably the main thing we do. We only cook healthy food. We rely on our Shaklee supplements—a bunch of them.  I take a lot of Shaklee Vita-C®, which is really important with our heavy travel schedule to stave off sickness. I also manage digestive issues with  Optiflora® Prebiotic and Probiotic Complex two-product system. Nothing is worse than working out or competing in pain.” She added, “And I always take my Life- Strip®.”

“And don’t forget Life Energizing Shake™” said Courtney. “I make them for us all the time. In fencing, the trend is to be stronger, faster, even thinner, so it’s good to know we can cover the nutritional needs with the shakes, and we’re also getting the doses of protein that keep us energized and strong.” She added, “For world-class athletes, or anyone, really, it’s a constant battle to hit the right fueling without overdoing it, or even under-doing it. It’s just so important to demand the right food intake so we can keep our bodies healthy and maximize the potential that we’re working so hard to achieve.”

These two combatants also subsist on huge doses of sisterly love. “We’re so good for each other,” said Kelley. “If either of us feels lazy or doesn’t feel like working, then one of us can push the other to get going. I’ll pull her out of bed, or vice versa. Without that sister motivation, I’d feel pretty isolated. We truly want each other to do well and to reach our fullest potential.”

She added: “We might have a little voice inside that says, ‘you can work later.’ You have to fight that voice, you have to be stronger than your weakest moment. Courtney helps me do that.”

Now the sisters square off for the millionth time.  The sabers are raised, the pose struck.  In an instant, they will explode into flurry of metal, motivation, and might.  The clash of the weapons, the shouts of exertion, and the cat-quick thrust will yield a victorious touch.  And who will be the winner?

“That’s easy,” exclaimed Courtney. “Both of us!”