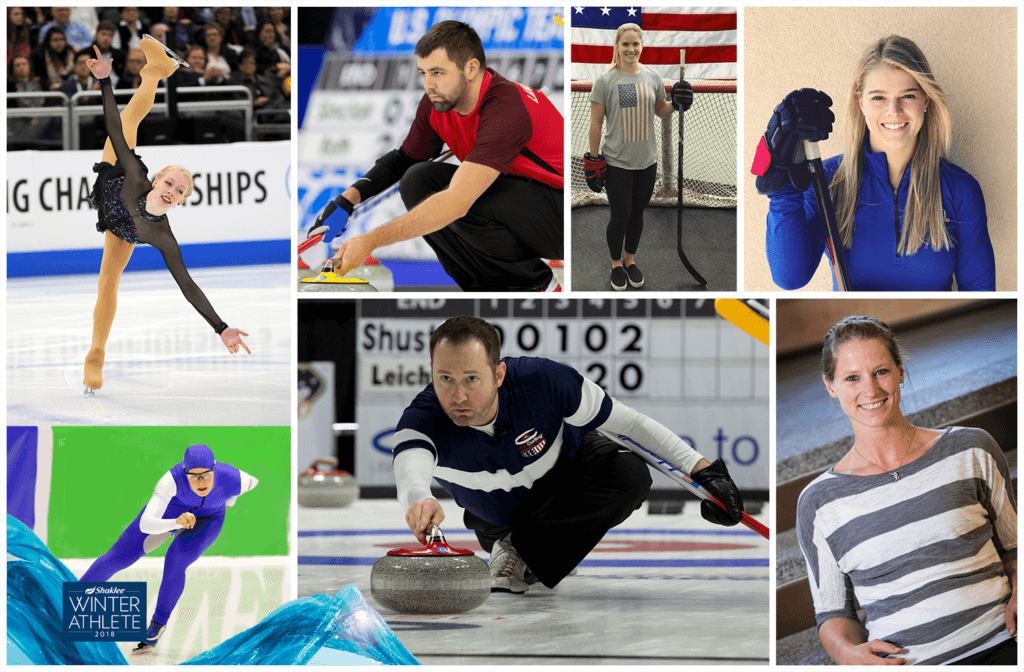 That’s how Kacey Bellamy described winning the gold medal in Women’s Ice Hockey in PyeongChang. This Shaklee Pure Performance Team athlete represented the USA in her third trip to the Games, winning silver medals in Vancouver in 2010 and Sochi in 2014.

Kacey’s teammates included Shaklee Pure Performance Team members Dani Cameranesi and Emily Pfalzer in their first trip to the Games. All three athletes contributed fully to the victory, displaying the skill, speed, strength, and determination that earned them a well-deserved win over the team representing Canada.

“Our objective was to get to the pinnacle, to the gold medal, and we knew we could achieve that if we played for each other and tried to get better every day,” said Kacey. “Every day we did everything for the greater good of the team. Winning the gold was just playing great, but receiving the gold medal was magical.”

Each of the seven Shaklee Pure Performance Team medal winners fought valiantly for every point, fraction of a second, and goal scored, and the Shaklee Family could not be prouder of all their accomplishments.

The US Curling team went on an enchanted run as Shaklee athletes John Landsteiner and Tyler George helped the team slide, sweep, and bump to a gold medal, the first ever for a US Curling team. John’s trip to Sochi in 2014 yielded only two victories in the tournament, but in PyeongChang the team swept to the gold by winning their last five matches. In a sport that some years ago was encumbered with the reputation of a training regimen of beer and pizza after matches, these incredible champions displayed an undeniable mix of athleticism, strategy, teamwork, grit, and the skilled touch that helped propel them through the two-week grind of the Games. “We were able to show what we can do,” said John shortly after claiming the gold, “and we’re really proud of that.”

In an incredible display of form and fitness, Carlijn Schoutens helped the US Women’s Long Track Team Pursuit grab a bronze medal, the first for US Long Trackers in 16 years. “It was an amazing experience representing the United States and skating my heart out here in PyeongChang,” said Carlijn. “Winning bronze was such a great reward. A lot of hours of training and decision making went into this and it is very cool to have a medal to show for that. A couple of years ago, I never expected to be able to accomplish this, and that just goes to show how much progress you can make by committing to a goal.”

An athlete who virtually burst onto the figure skating scene this season is Bradie Tennell, who won the 2018 US National Championships in January. Bradie skated to a Mixed Team bronze medal with her Short Program, a “clean” performance with no falls or major errors. One of the most-watched events of the Games, the Mixed Team event showcased Bradie’s ability to infuse her program with spellbinding artistry and precise, powerful jumps. Said Bradie of her Mixed Team medal, “This was amazing, such a surreal experience, and I’m just so happy to be on the US team.”

Complete results for all Shaklee athletes and events in PyeongChang are available by clicking on their names below. What you won’t find in those results are the numerous inspirational stories of the athletes who stood tall and charged forward with astounding performances of all types, from the opening ceremonies to the challenges of every competition to the extinguishing of the flame. We’ll relate some of those stories from our Pure Performance Team members in upcoming reports on this blog, so check back frequently. In the meantime, we offer our most heartfelt congratulations to all the Shaklee athletes in PyeongChang who stirred a rousing flame within each of us and lifted the spirits of the world with their magical performances.

Shaklee is committed to fueling excellence in any endeavor, whether you are an elite athlete or aspiring to your own charmed and lofty goals. The Shaklee athletes thrilled the world with their athletic feats, but they appreciate another bit of magic: your ability to inspire others and live healthier, happier lives every day. Said Kacey Bellamy: “I want to thank the Shaklee Community for helping me and my teammates on this journey! It’s the team behind the team that really makes the success happen!”

Movie Night with the Shaklee Athletes
May 4, 2020

The Benefits of a Gratitude Practice and How to Start
April 30, 2020