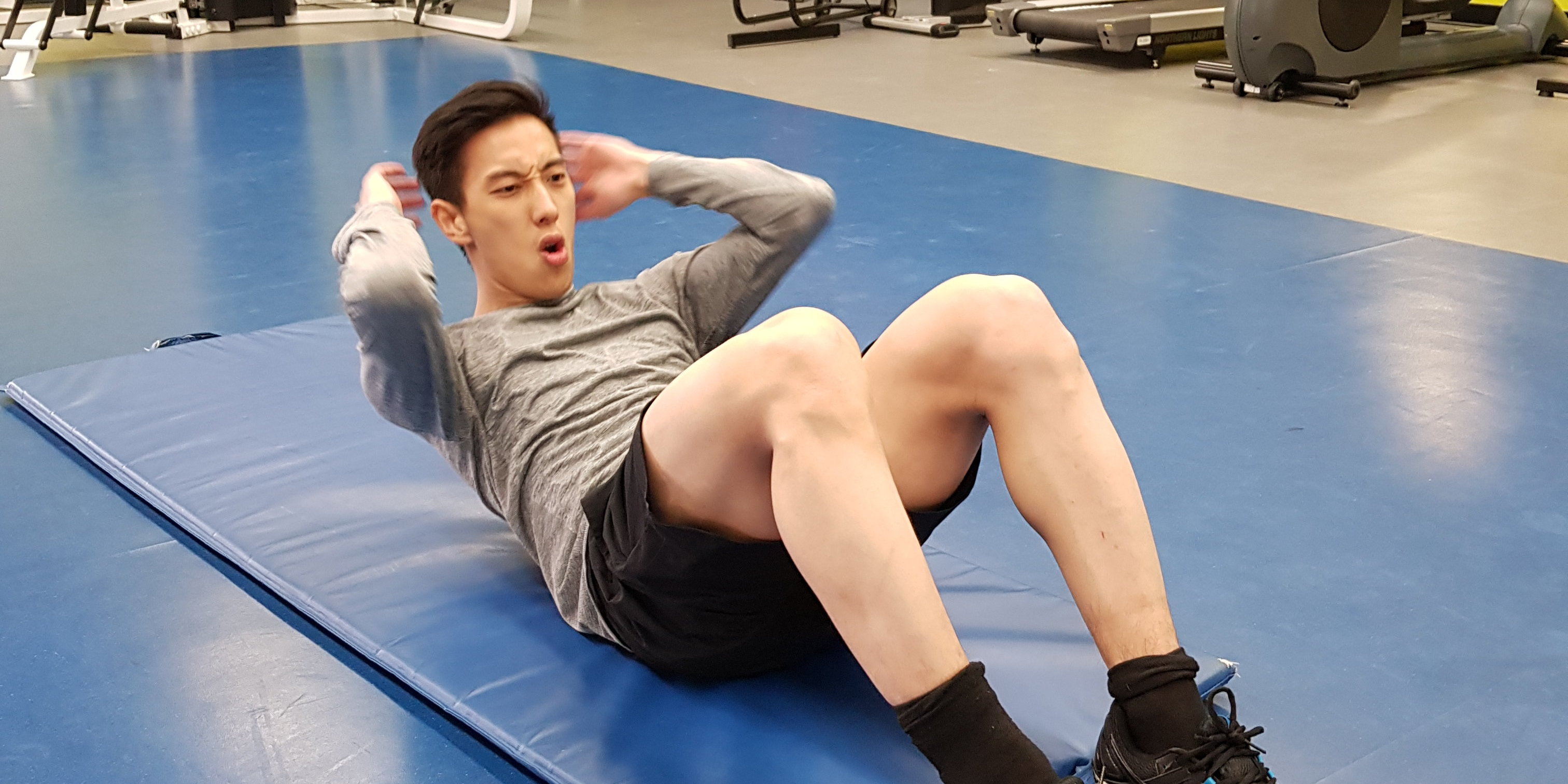 Many of us don’t know enough about the technicality of Julian Yee’s figure skating to really appreciate it, but we certainly recognize the incredible preparation required to perfect even his most basic skills.  And who could imagine that this skating champion hails from one of the world’s most tropical nations—Malaysia—where figure skating is as unnatural as snow on a hot city street?  What might not surprise us is that Julian is as plugged in as the rest of us when he works out, which means he’s plugged in a lot.

“Summer is when we push our body to the limit,” explained Julian, “so our workouts can be pretty intense.  We’re on the ice for three hours, then ‘dry land’ workouts with weights, dance, ballet, and conditioning.  Having a good playlist can add to the quality of a workout, for sure.”

Julian has three basic playlists: Workout playlist, dance playlist, and cool-down playlist.  “I’ll often choose my songs depending upon the mood I’m in, but don’t forget that you can also choose music to work into a mood,” he said.  “Sometimes I need to wake up, sometimes I feel like dancing, and sometimes I just want to enjoy the music.”

He added, “Workouts can be tough, long, even monotonous.  A good playlist can help the time go by, help you forget about the strain, really get you pumped up.”  So what are some of Julian’s favorite songs to help him through his workouts?

“Recently I’ve been listening to a lot of Coldplay—they have so many good ones: ‘Fix You,’ ‘Everglow,’ and ‘A Sky Full of Stars.’  I also like Rag ‘n’ Bone Man; his voice has a special tone that really connects with me.  I also like some throwback music, going back to the 2000s, ‘90s, even ‘80s . . . maybe some JT (Justin Timberlake).  That takes me to a younger time, a happy, carefree time that gets me going.” He added, “Old school rock, like AC/DC, Guns N’ Roses really strike a chord in me.  And I’ll often throw in a tune that I can sing to, like ‘The Eye of the Tiger’ from the Rocky soundtrack, or ‘Back in Black’ by AC/DC. I also like Josh Homme and David Guetta, super DJ.”

When we watch Julian on the ice, he’s a bundle of energy and perfectly synced to his program music.  But what about after the performance when he needs to recover, chill out?  “Oddly enough, Coldplay is still on my list, but I also like Snow Patrol and some John Mayer tracks.  Jared Leto’s 30 Seconds to Mars is good; I can really tune out the world, relax.”

For a man whose life is literally guided by music, it’s enlightening to note that his preparation for those amazing routines—his amazing life—he might be singing, at the top of his lungs, a tune most of know from our Rocky days:

Risin’ up, straight to the top

Had the guts, got the glory

Just a man and his will to survive

And in that moment, we might perceive something special in Julian: The eye of the tiger!

*All copyrights and trademarks are the property of their respective owners.

The Role of Nutrition in Preparing the Body for Pregnancy
October 25, 2022